I love true crime so I had hiiiiiigh hopes for this one.

Yeah. It’s a procedural drama… DAMN YOU TV! You tricked me!

Okay so this show revolves around criminal profiler Malcolm Bright (Tom Payne), who gets let go from the FBI after some anger issues, he returns to the NYC police force.

But Malcolm has a secret, not only is he suffereing from PDST but also he’s the son of serial killer The Surgeon (Michael Sheen). You know where this is going don’t you? Yeah….

Malcolm decides the best way to track down the baddies is to finally meet with his father after ten years and use what makes him tick to track down his suspects. Enter cop procedural run of the mill show blah blah blah.

I admire the creators’ efforts to try and spin this overly done genre, but they don’t spin it enough and that is a big problem! I love complicated relationships, and I can’t think of one that may be more complicated than a parent of family member being a heinous killer but that’s not at the core of this show. To be fair though, even if it was I don’t know if it would be all that more intersting. We already have shows about real life children of murderers that makes for compelling watch because these people are REAL so to try and cash in on the current true crime fascination does not automatically make a great show.

Look, Progidal Son is probably the most original of these kind of shows on the air right now but at the end of the day it’s nothing more that Law & Order with a serial killer; so if you like both of those things – have at it. Otherwise use your time more wiseley and check out any documentaries or podcasts regailing true life situations. 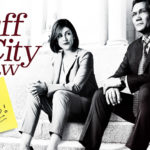