When I read about ABC powering through with this reboot of a reboot, after the show’s namesake got herself fired, I admittedly rolled my eyes like I normally do at news like this. I get ABC was desperate to keep it’s ratings powerhouse on the air at any cost, but come on a Roseanne reboot without Roseanne? Surely that would never work……

But you know what? It does. Really, really well. In fact this incarnation of the show is leaps and bounds ahead of last March’s edition and you don’t even miss Roseanne’s looming presence. Crazy, right? I thought so too!

The Conners picks up just after the death of the family’s matriarch and the first episode goes in depth of the circumstances and aftermath. The family rallying around Dan trying to keep the pieces together any way they can is both well written, and well executed. Seeing Dan Conner struggle without his rock in life is already putting John Goodman in Emmy contention in my opinion, and genuinely brought tears to my eyes.

Without the show’s main title character the writers and producers were allowed to put the focus on others, and I honestly thing this should have been done long ago. While their names may not have been on the title card John Goodman, Laurie Metcalf, and Sara Gilbert were, in my opinion, always the standouts on the original show and the circumstances have given way to usher in a new era of this sitcom.

The writing this time around seems to come from a place of heart too, and perhaps without the ongoing internal battle of the writers room we can now see some genuine life stories – something the original series did very well.

While we’re only one episode in to The Conners, I can’t wait to see what is coming up – who thought I’d be saying that about a reboot!?!??! They often say the funniest moments come from a place of darkness, and as we watch the entire Conner clan come to terms with their sudden loss I’m sure the viewers are in for some interesting, even heart wrenching, and most of all funny moments.

The Conners airs Tuesday at 8pm on ABC 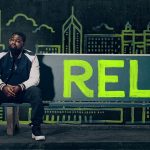 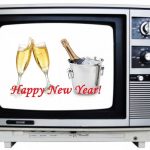